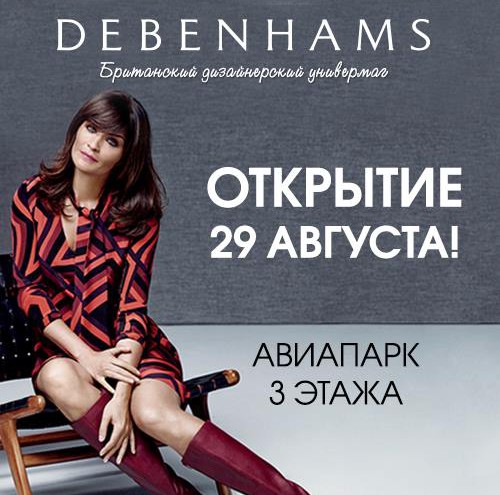 Debenhams, the UK’s leading department store chain, opened the doors to its new flagship store in Moscow last weekend, the second to open in Russia under a deal brokered by RMC.

The new store totals 8,400 sq2, occupies three floors, and is anchor tenant of a landmark, super-regional shopping centre project, Aviapark, in the north of the capital.

For the first time in Russia, Debenhams is represented in its full format, offering an exclusive mix of own-brand and international fashion, beauty, and homeware furnishings. 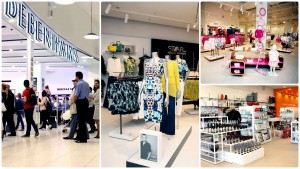 Debenhams’ Russian stores are operated under franchise by, Debruss – a partner identified, and agreement brokered by RMC. Having successfully launched their first store in Moscow’s Mega Belaya Dacha shopping mall in 2012, Debruss chose the prestigious Aviapark – Europe’s largest shopping mall – as the next site to continue their development.

Nick Hill, Managing Director of Debruss, said “We consider only outstanding sites for opening our flagship stores. Debenhams department stores are already present in such remarkable shopping centres as Westfield Shopping Centre in London, Cevahir in Istanbul, Dubai Mall and others. We believe that Aviapark is destined to become the shopping destination in Moscow, the hub for all the big international brands. We are very excited about the opening of our first flagship in Russia in Aviapark shopping centre.”

Debenhams now operates over 240 stores across 28 countries, and RMC looks forward to supporting their expansion plans in Russia and beyond.