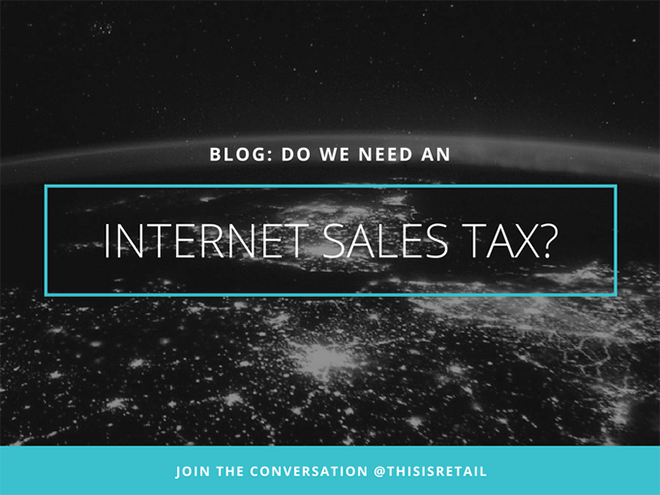 Do we need an Internet Sales Tax?

“Replacement of physical stores with internet sales is bad for people’s rights, because internet sales track people; they don’t allow privacy-respecting cash. It’s bad for the Treasury because the internet giants such as Amazon avoid taxes, and because jobs disappear. It is bad for society because it means fewer jobs. This suggests solving both problems with a substantial tax on internet sales.”

The Guardian recently published the above letter by Richard Stallman – president of the Massachusetts-based Free Software Foundation – advocating an internet sales tax. Some thought-provoking ideas to tackle a highly complex situation.

Bad for privacy? Agreed – conventional digital transactions and, to a lesser extent, cryptocurrency transactions both leave a footprint. However, this needs to be balanced against its benefits too; the anonymity and prevalence of cash may be facilitating growth… in the underground economy [WEF].

Bad for the Treasury? Again, difficult to argue. A number of big tech companies, such as Amazon, have attracted public scorn for the way they have aggressively minimised their tax bills by moving profits (often by recognising the location of intellectual property and where electronic transaction are processed) derived from important markets such as the UK to lower tax countries [FT]. This trickle-down continues at state and local level where significant tax breaks and subsidies form the backbone of sweetheart deals designed to attract inward investment [Guardian].

Bad for society because jobs disappear? Unemployment is harmful to social cohesion, though evidence linking the presence of Amazon fulfilment centres and joblessness is mixed. While this is not an ideal proxy for internet sales, data analysed by the Economic Policy Institute found that within two years the centres lead to a 30% increase in warehouse and storage employment, but also found ‘no increase in overall employment’ in the wider county [EPI]. It would also be short-sighted not to recognise the positive impact of companies being able to produce lower-priced goods and services through the more efficient employment of human and technological capital.

So, do we need an Internet Sales Tax applied to revenues rather than profits?

If the tax was passed on to consumers (in much the same way as VAT), the tax impact on Companies such as Amazon would be neutral. As for the Treasury, the tax base may be increased but what of the yield once dampened consumer demanded is accounted for? The main beneficiary in this scenario are the traditional over-the-counter retailers who are less able to deploy schemes such as ‘sending fees to the entities, parked in tax havens, that hold server computers or intellectual property’ [FT]. Whereas if the tax was absorbed, the big tech status quo may become further entrenched, sheltered from the challenge of risk-taking, unprofitable start-ups.

Even if a workable system for an Internet Sales Tax on revenues could be found, it likely be a blunt, if well-intentioned, instrument. We should continue to encourage entrepreneurialism by taxing profits instead of revenues, however we need to build a consensus on when and where value is created in a digital world. Only by rebalancing the recognition of value back towards where the service is delivered can a sustainable outcome be found.

Daniel Leftwich
Head of Finance & IT